Thank you Les Iijima for Your Questions & Support!

Thank you for the questions; great way to get the communication & information out to the people!

Affordable housing projects; Currently, there are six proposed projects in district 9. The largest one will bring approx. 1000 affordable units, when built, it has been waiting on a water availability determination from the state for over a year. Another smaller project slated to bring approx 25 units is also waiting on water availability. Two others in the Waikoloa area, Kamakoa Nui Multi-family unit and one other, are in the process of permitting. Aina Lea, is in litigation. The other Waikoloa project is stalled in procedural challenges concerning the Army Corps of Engineers' clearance and unexploded ordinance.

On the Agriculture, Water, Energy, A Food Nexus, I continue to work on building the support at the state and federal levels needed. That is not a project that will happen quickly nor without tremendous support from all sectors. With our current economy, the interest in food self-reliance, the interest is increasing. 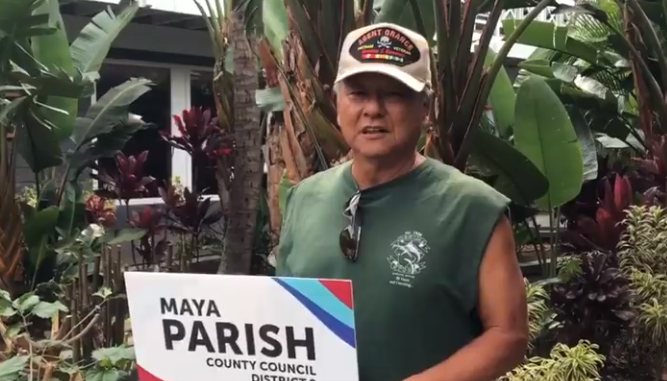 Concerning the tax increase, raising taxes during an economic crisis is a feeble financial plan. We need to be fiscally minded as we go into this economic crisis. Across the nation, local governments and municipalities have reduced budgets by 15-20% on average. We only cut our budget by 7%. Even Maui County cut their budget more. The revenue projections are too optimistic (IMHO); that's why I pushed for cash management. I am still deeply concerned, and I will continue to work on this issue. The raising of taxes on a select few who could invest in our county and projects like my "Food Nexus", impacting them and alienating them is shortsighted. We have to expand the economy and doing so will give us the resources needed.

Les, I do need to correct some misinformation; I never suggested suspending mass transit. I have been a harsh critic of the mismanagement of mass transit. My intent during the budget process was to Manage the cash flow of mass transit. We had received $5 million in a federal grant to purchase buses. We could have delayed putting the additional $5million in the budget as we already ordered ten buses.

Delaying the capital investment for bus stops could have been suspended for six months until we see what our cash position is. I am an advocate for the fuel cell buses we have available to us now. Mass transit has not put them into service. If we get a new COVID..l-19 stimulus package, we can look into increasing capital investments. The CARES Act funding does not allow capital investment. Our county received approximately $80 million; it must be spent on programs related to COVID-19 by year-end. While helpful for the short term, it is not a rebuilding package. 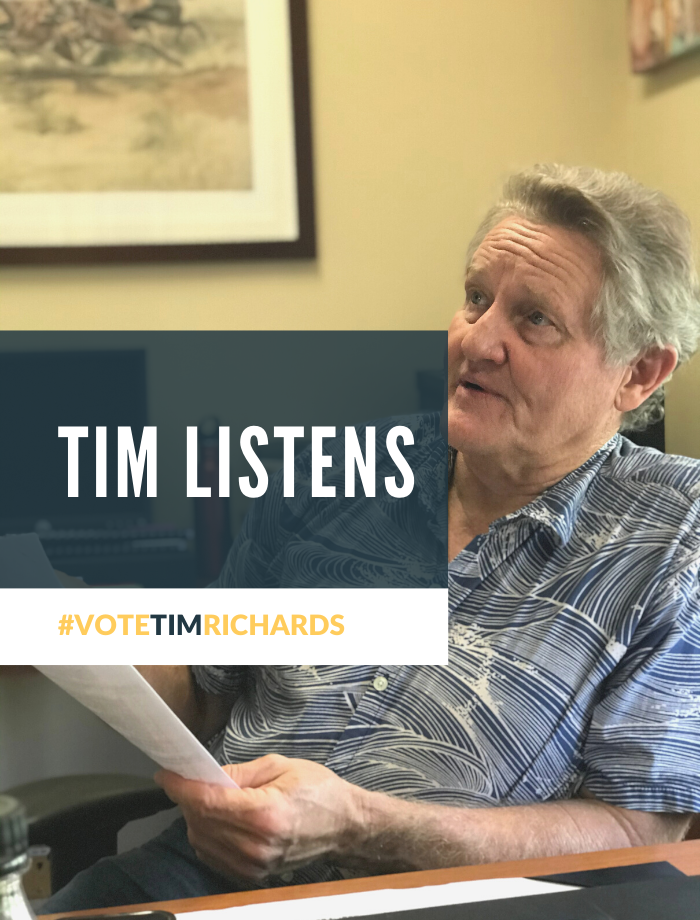 The Herbicide ban bill, yes, I voted against it; it was an anti-agriculture bill. Had it been a bill that worked towards Reducing usage, that we could afford, I would have supported it. We all want to reduce chemicals in our environment/food supply. To be draconian and think we can eliminate all herbicide use for the county without having repercussions is Pollyanna "ish". In the fall of 2019, Ventura County did a review of possibly eliminating herbicide use for their jurisdiction. They have half the land area and twice the population. They projected it would cost them an extra $20 million a year. Our park's director estimated it would increase her budget by $14 million a year to eliminate all herbicide use. We did not even have an estimate from our Department of public works. The bill proposed to ban three herbicides that are only used by farmers, not the county. Consumers should know what products are being used on our food supply, conventional farming and organic. (Often people are surprised when we discuss Organic concerning pesticides, but as you know, copper sulfate is prevalent in organic food production and is very toxic. We need to be mindful of all products used on our food supply.)

On the new shopping center, it appears construction is moving forward. The concern of the Waikoloa Road/Paniolo Avenue intersection is well known. The shopping center was permitted long before I was in office. They are under no obligation to contribute to the intersection upgrade. I have confirmed with the developer they will be making a $100,000 payment towards the upgrade. Knowing this has been a high priority for the Waikoloa Village Association and, nothing was done for years. I was able to work with the administration and finance and secure $10 million worth of funding for addressing that intersection and the resurfacing/reconditioning Paniolo Avenue. Currently, in the planning phase. These projects typically take 18 months to two years to complete.

Working with our Department of public works and our state department of transportation, the Waikoloa Road itself has been moved up the "STIP" project list. The plan was to have that road resurfaced this year. COVID-19 has impacted many of these plans; I'm hopeful we will get this done by year-end.

Les, thank you so much for the questions!! You highlighted some of the successes and show where more work is. Thank you for your continued support.